It was my honor and pleasure to participate this morning in the third Kickstarter Program hosted by Clemson University.   Here are my thoughts for the recent graduates and others participating in today's virtual event. 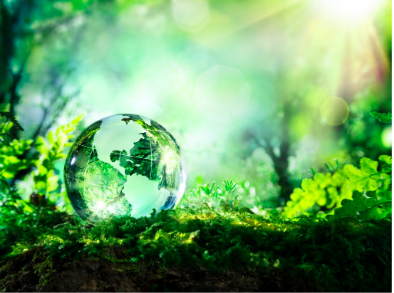 Today is World Environment Day which was first held in 1974.  Since then, 143 countries hae taken part in recognizing World Environment Day.  The day focuses on environmental concerns ranging from pollution to global warming and sustainable food production to protection of wildlife.

The team at COLUMBIA Technologies along with our global partners  firmly believe a more sustainable planet requires global collaboration.  We are dedicated to providing our clients smarter, scientific-based, sustainable solutions when it comes to contaminated land.  It's our goal to be constantly changing the course of remediation to reduce the cost & liability of contaminated land for a better tomorrow. 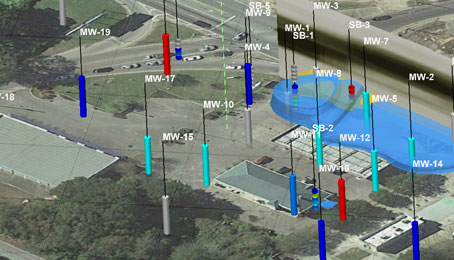 Spring is here!  In addition to springtime blooms and new wildlife it's also conference season.  It's always a pleasure to hear industry leaders advancing our our level of understanding of the complex biosphere tainted with man-made contamination.  This past month I had the pleasure of attending the Fifth International Symposium on Bioremediation and Sustainable Environmental Technologies close to home in Baltimore 2019.  Dr. John Cherry's presentation on what we know compared to what don't know through ignorance was a real eye-opener!  The symposium was also highlighted with an awesome panel speaking on Contaminant Geology.

Last week I had the opportunity to speak at the Alabama Conference on USTs on the lessons learned through high-resolution investigations, and in particular the value of high-resolution soil sampling to isolate the residual LNAPL mass on our more complex and difficult sites.  Several others emphasized the importance of improved characterization before implementation of expensive and most likely financially unsustainable remediation systems.

ITRC guidance document LNAPL-3: LNAPL Site Management: LCSM Evolution, Decision Process, and Remedial Technologies refers to several lines of evidence to verify LNAPL plume stability.   Accurately mapping the residual LNAPL and verifying stability are the first steps in building an effective LNAPL conceptual site model.  We were assured by ADEM staff that they hear this message and are supportive of better characterization focused on identifying any residual LNAPL and verifying the LNAPL body is stable.

At COLUMBIA, our team takes pride in providing industry leading data reports to conduct a remedial optimization study to characterize the problem and identify cost saving alternatives through:

We'll roll up our sleeves and work alongside you better understand those persistent and complex LNAPL sites. 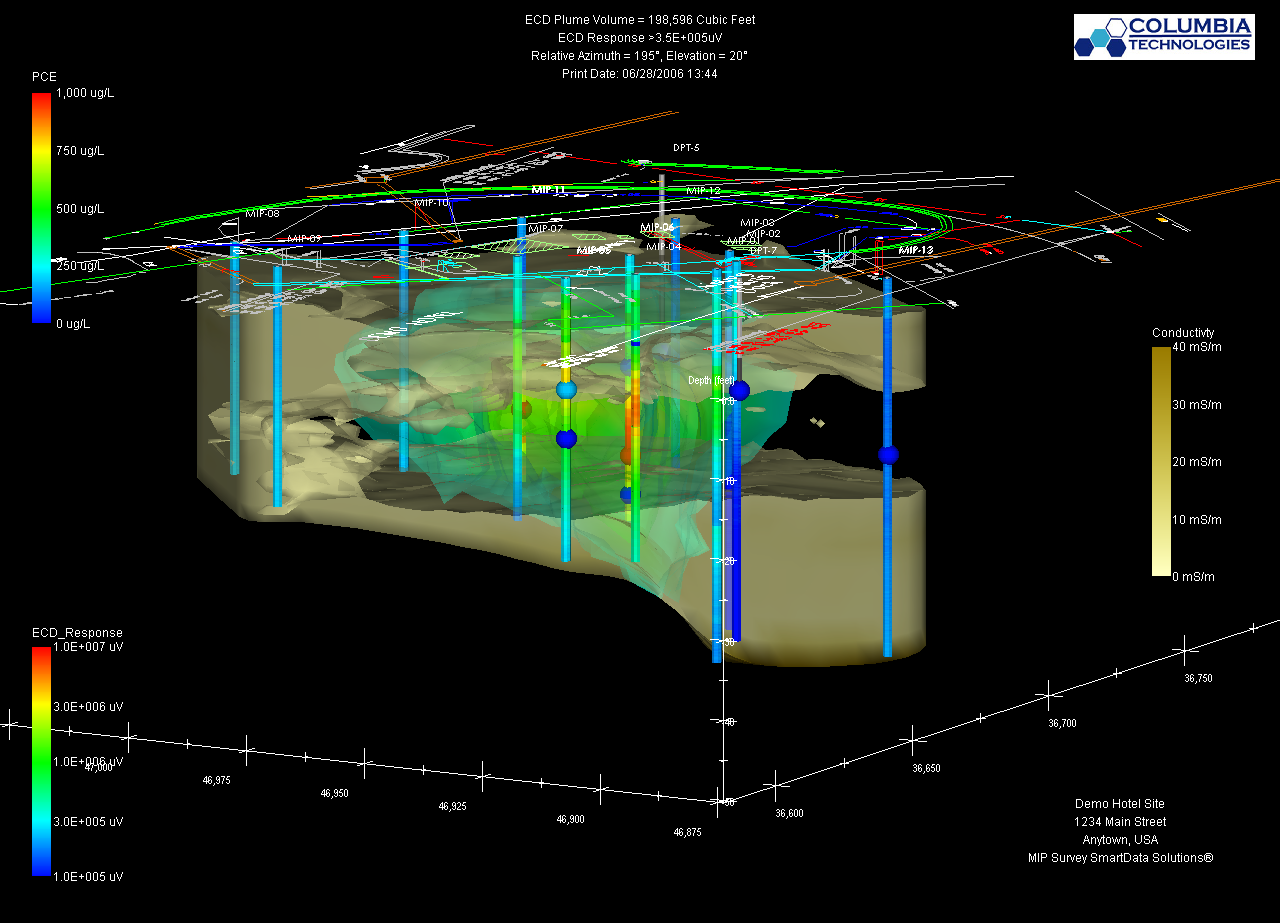 I had the pleasure of attending REMTEC 2019 in Denver last week.  As always it was great to catch up with colleagues and hear about new developments in our industry.  While much of the discussion centered around the looming challenges of PFAS contamination, there were also many valuable presentations related to building reliable conceptual site models.

Most inspiring to me personally are the continuing efforts to systematize the process of sustainably restoring heavily contaminated properties back to useful life.  James Henderson with DuPont Corporate Remediation Group provided the benchmark process in his presentation of Harnessing the Value of Contaminated Lands to Achieve Global Environmental, Social and Economic Transformation.

A leap forward in horizontal high-resolution was presented by Erik Piatt, with En Rx, and their Vertebrae Horizontal Well  system.  This system enables the practitioner to design the placement of individually isolated  horizontal well screens for monitoring or injection beneath buildings and structures without entry into the facility.

The value of high-resolution site characterization as a key step in remediation design or an effective diagnostic in performing remedial optimization was highlighted in multiple presentations.  New technologies such of the Hydraulic Profiling Tool (HPT) and the HPT-GW groundwater profiler provide critical data on formation pore pressure to support any planning for fluid recovery or injection.  The HPT can be combined with both the Membrane Interface Probe (MiHpt) or Optical Interface Probe (OIP-HPT) for delineation of storage and transport zones for VOCs and LNAPL.  Call us  (+1-888-344-2704) if you would like more information on these tools.

I look forward to meeting new friends and seeing old ones at the upcoming Battelle International Symposium on Bioremediation and Sustainable Environmental Technologies in Baltimore, 15-18 April 2019.

Shoot me a note    if you're going to attend and let's connect. 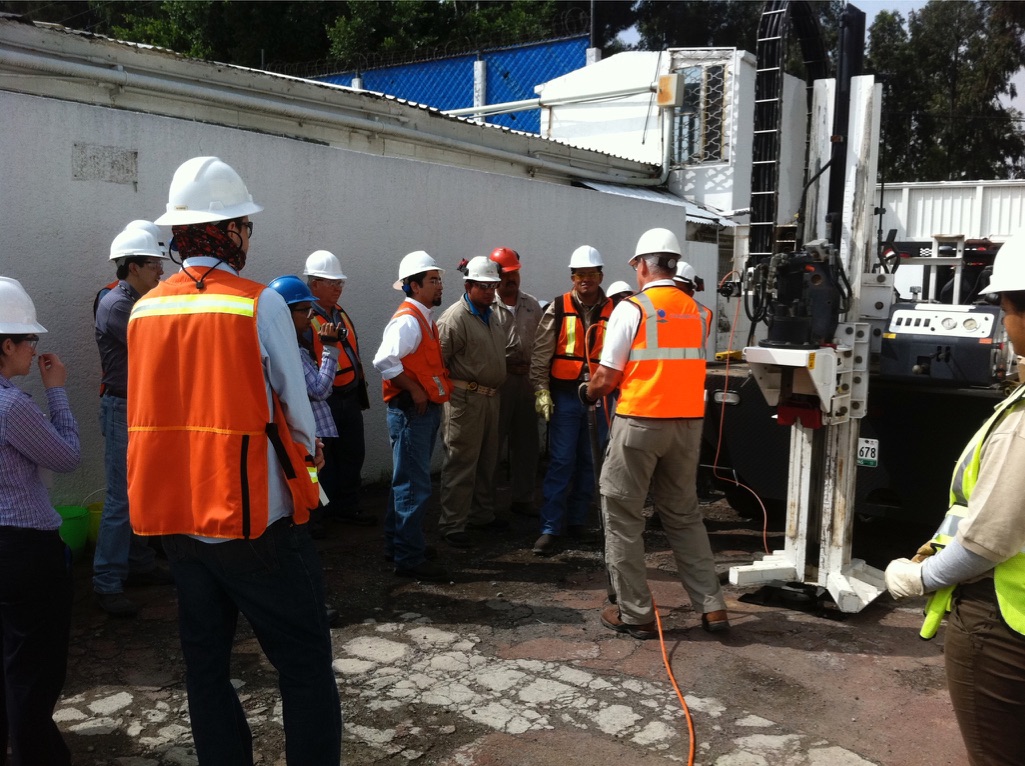 COLUMBIA Technologies is excited to announce that we just passed our 20 year milestone in providing quality high-resolution site characterization services around the globe.

Working with our partners in Brazil and Africa we have delivered over 2000 individual site characterization projects, providing real data, in real time, reliably  to our consulting firm clients.

THANK YOU  to our clients, partners, and the many COLUMBIA Technologies team members who made achieving this milestone possible.  We look forward to 2019 and beyond to offer a growing range of services to our global customers. It is safe to say that 99% of all site assessments are either conducted through traditional sampling, groundwater monitoring wells, or direct sensing methods. As a leading site investigation partner to environmental consultants throughout North America and Hawaii, COLUMBIA Technologies specializes in soil and groundwater contamination assessments.

Since 1999, we have completed over 750 site assessments for some of the most discriminating clients including oil companies, government agencies, commercial real estate owners, developers, as well as architectural and engineering firms. Throughout all of our testing and experiences to date, we believe that using a comprehensive High Resolution Vertical Profiling approach seems to be the most cost-effective and accurate method to assess a contaminated site. This consists of direct sensing technologies to delineate the vertical and horizontal extent of the contamination to pinpoint the location. Once this information is known, following up with confirmation soil and groundwater samples would take place to validate the contaminant of concern.

The direct sensing technologies may cost more up front, however they assure that accurate information is being collected to move forward with designing remediation plans. In addition, our patented real-time data services platform, SmartData Solutions®, is able to produce high resolution visualizations through a secured website for online review of project data. On this recently completed project, a major energy company required state clearance from regulators prior to advancing their expansion plans at an active petroleum refinery facility in western North Dakota.

Historical data indicated potential contamination in the expansion area requesting for rapid resolution to address regulatory concerns. The client engaged in a site assessment with COLUMBIA to map the area of concern and compare this with the historical data using COLUMBIA’s award winning SmartData Solutions®. With a dynamic work scope and real-time data measurement the team bound the area of concern and closed data gaps to reduce the problem at hand for the client as well as the regulatory agencies. Article originally featured in The Daily Record May 6, 2010 Issue

One of the companies in the new Maryland Clean Energy Incubator at the University of Maryland, Baltimore County is trying to make real estate development easier and faster.

Columbia Technologies, launched by two engineers in 1999, uses sensors to determine what kind of pollution is underneath a future or existing building site, turning weeks of waiting for an environmental analysis often needed in redevelopment projects into a few hours.

"We're able to get an answer quickly in high resolution that's easy to understand," said John H. Sohl, chief executive officer and co-founder of Columbia Technologies. "So you can move the market elements of a property transaction much faster."

The company's technology works by inserting a probe in the ground, sending data about the contaminants it detects in the soil to a computer. A three-dimensional, high-resolution image of the underground area covering about 50 feet is generated. Information on the underground contaminants is collected and used in the planning of the project.

"A developer is going to want to know how big and extensive the problem is and how much it's going to cost to bring it back to fruitful use," said Sohl, a former nuclear submarine captain.